What's the Big Deal about S-traps?

A common plumbing deficiency that I see in many older houses is an “S” trap.

An “S” trap gets it name from its shape- it looks like an “S” on its side. It basically consists of a normal trap, and then another trap installed right up against it in an upside-down fashion, as shown below. 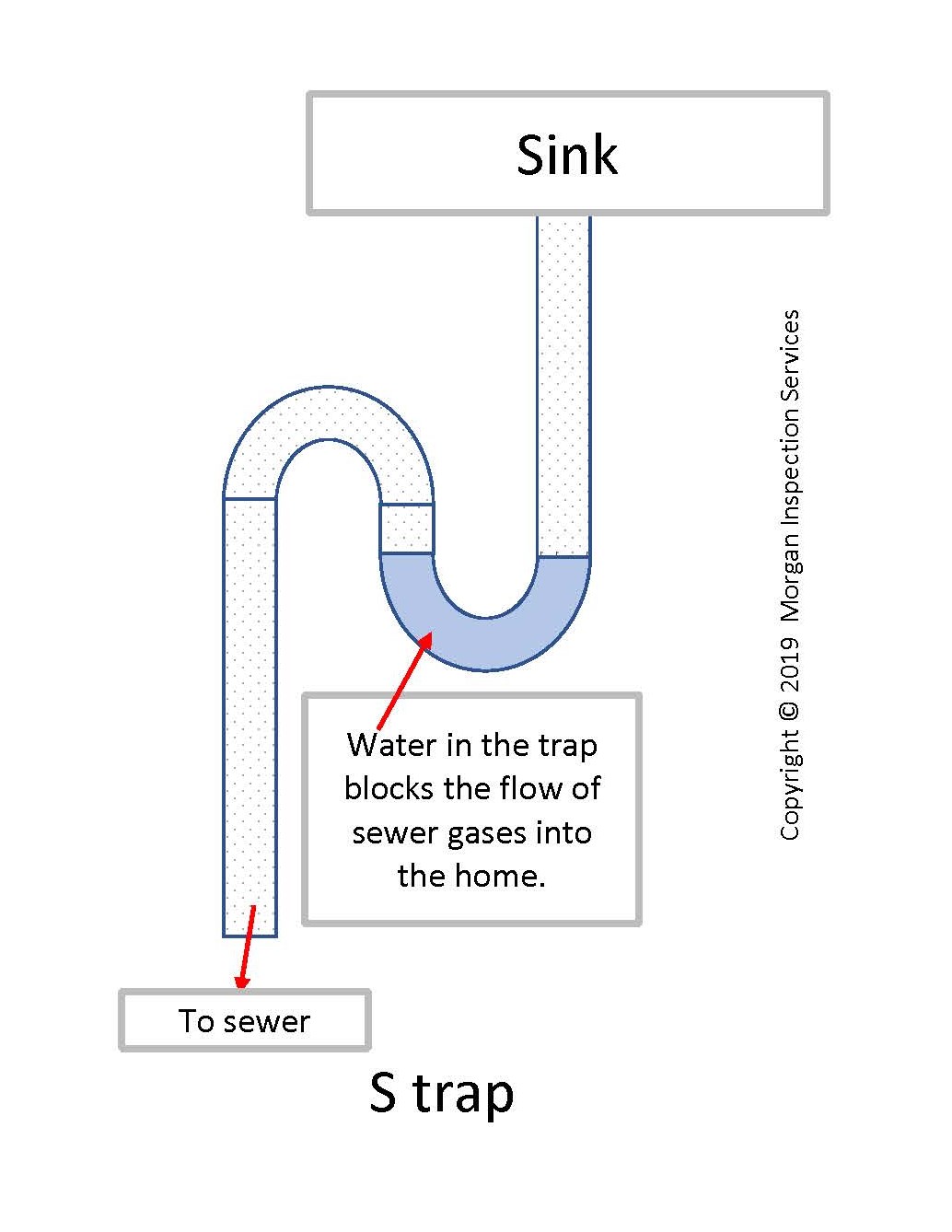 These traps are prohibited in virtually all jurisdictions, but that doesn’t mean you can’t buy them at many home improvement stores. The most common places that I see “S” traps are under kitchen and bathroom sinks in older homes.

In general, the purpose of a trap is to prevent sewer gases from coming into the home.  When water sits in the trap, sewer gases stay out.  Have you ever noticed some nasty odors in a bathroom that you never use?  It’s probably because the water in the trap has evaporated, allowing sewer gases to come into the home.  I’ve seen this several times on some larger occupied houses.  The easiest fix for this is to periodically run a little water into the plumbing fixtures.   A longer-term solution is to ensure that there is water in the trap and then to pour a little bit of vegetable oil into the drain. The oil will act as a barrier and will slow the water from evaporating.

Why is an S trap Not Allowed?

The reason “S” traps aren’t allowed is because they have the potential to suck, or ‘siphon’, water out of the trap as the water flows down the drain. Let's look at the difference of a p trap versus an s trap. On a properly installed “P” trap, there is a vent at the same place where the drain turns downwards. This vent breaks the siphon.  In other words, the vent prevents water from getting sucked out of the trap. 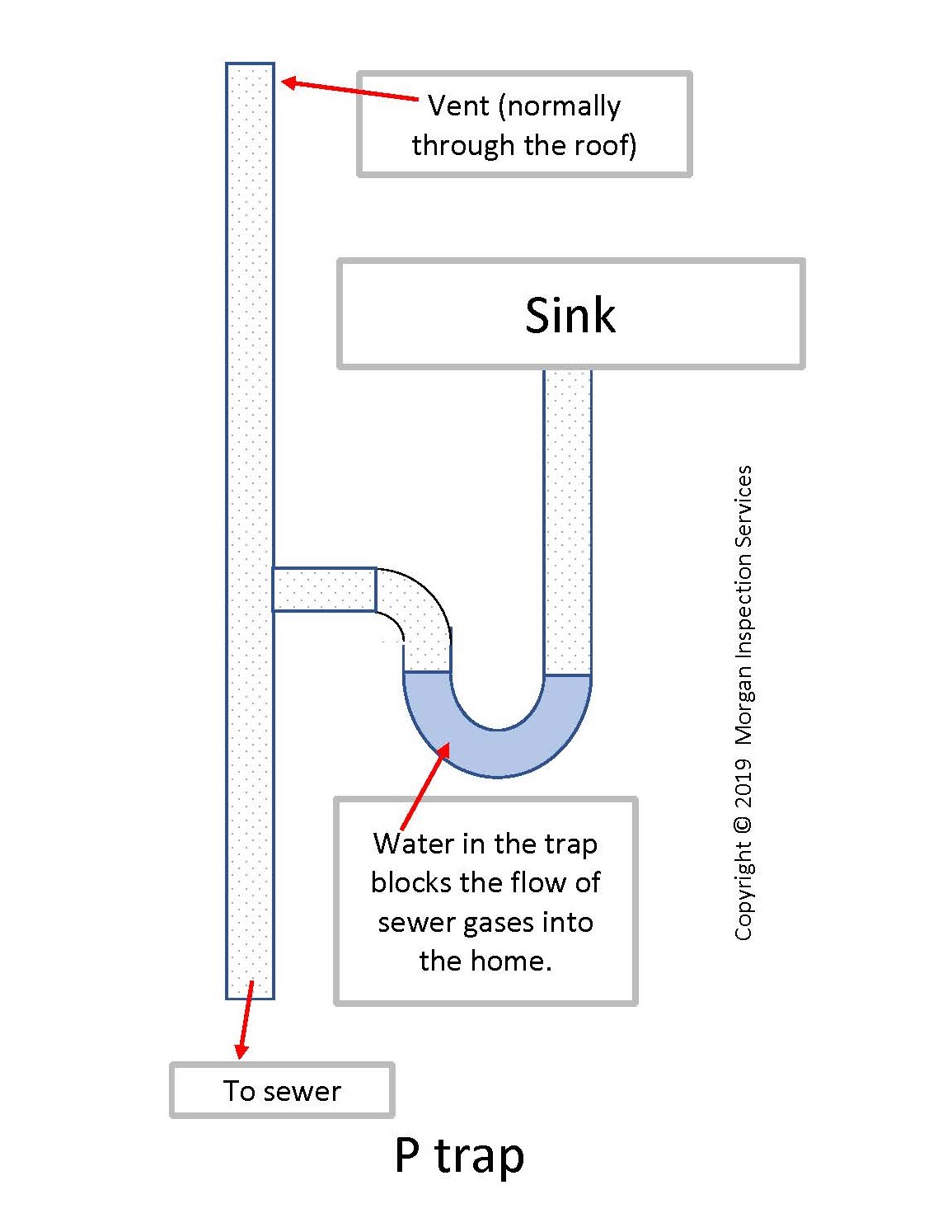 So how much water can get sucked out of the trap?  Enough water to break the water seal in the trap and allow sewer gases to come into the house. Problems usually occur when the sink is filled with water and then drained. This is because a big “slug” of water is running through the drain and has a much greater chance of sucking the trap empty. On the other hand, when water is flowing into a sink from the faucet and then straight into the drain, there’s usually not enough water draining at one time to create this siphon action, so “S” traps typically don’t cause any big problems.

There is normally no simple way to properly correct an “S” trap.

Repairing an S-trap is usually an involved, expensive repair which involves opening up the wall and cutting a hole through the roof.    Even then, the simple way of dealing with this is to just run a little extra water down the drain after the water has drained out.  This will re-fill the trap after the water has been siphoned out.

While I, as a home inspector, am required to write these up as deficiencies, they are really not that big of a deal. I, personally, would never require one to be corrected on a home that I was going to purchase. I would just remember that I have one and would try to remember to run a little water down the drain occasionally in order to keep some water in the trap.

Written by Mike Morgan of Morgan Inspection Services. Mike has been performing home inspections in Abilene Texas and Brownwood Texas since 2002.